Miles High Productions (MHP) was created to assist music artists, managers, record labels and entertainment based projects who are in need of social marketing support. We are proud to say we are one of the first social media agencies in the United States and have been  in demand with client projects for 15 years and operating primarily at full capacity solely from word of mouth and referrals.

MHP also focuses on non-music ventures such as corporate brand building, fabrics/textiles, law firms, cosmetics, gaming, sports and other industries.MHP’s goal is to elevate awareness and recognition in your product or growing artist’s fanbases to a higher ground in an expedient timeframe by exposing them to new and existing online audiences.MHP also focuses on taking our campaigns one step further by cross-promoting all traditional methods of marketing with online opportunities for further outreach.

Chip Schutzman formed Miles High Productions in July of 2002 after observing a gradual lack of efforts made to effectively promote artists online.

In 2004, Miles High Productions started offering social media marketing plans to our existing marketing campaigns with great success and have executed well over 1100 campaigns in the last 15 years.

To increase the level of awareness of a specific product or entity by brand building and by implementing and developing effective customized campaigns. The goal is also to expand current marketing abilities by discovering new potential consumers and to bring new enthusiasm and reinforcement to loyal and devoted brand consumers.

Chip Schutzman is president and founder of Miles High Productions, an online music marketing and promotion company founded in 2002. Chip is responsible for all business development and operations and is responsible for communications with over 25,000 web sites and media outlets internationally.

Miles High Productions is recognized and known in the recording industry community for developing emerging artists and represent artists online from popular music formats such as jazz, electronica, dance, rock, blues, country, singer-songwriter, pop and other music genres. Prior to starting Miles High Productions, Chip was the Director of Music Programming for House of Blues Entertainment and is credited with the initial content development for HOB Digital (hob.com). As the evolution of the internet took place, Chip was instrumental in turning hob.com into the leading live music provider on the web by developing, positioning and maintaining key relationships with artists, managers and record labels to secure digital rights for webcasts, interviews, and marketing of special projects. He is also accredited with the development of 20 internet radio stations within the HOB Radio Network, and was responsible for maintaining content distribution deals with AOL, MTV Interactive, DMX Music and MSN Music.

Chip has implemented music downloads of exclusive live music and initiated the 99 cent purchase model several years prior to the formation of the iTunes Music Store. Chip has consulted and completed online marketing campaigns for several platinum selling artists including Barbra Streisand, Jewel, Gary Allan, Peter Frampton, The Bee Gees, Coldplay, Olivia Newton-John, Ozzy Osbourne and Heart and worked on a multiple CD compilation in honor of the 50th Grammy Awards in 2008. Chip currently resides in Los Angeles and is also a guest lecture speaker at several universities across the USA including Boston University, Berklee College of Music, Temple University, UCLA and NYU.

Our goal is to create and develop awareness for our partner, increase revenue with sales incentives, and ultimately, develop a long term database for future marketing efforts for your artists or product’s future offerings. At MHP, we study your audience, find your audience potential and create incentives for built in established fans to promote your product. We ensure everyone remains updated by encouraging consumers to sign up to mailing lists for the marketing purpose of contests, newsletters, tour announcements and exclusive content or information regarding your artist or product.

As part of our campaigns, MHP creates and uses our own technology and design and concepts to support fans and the community of fans. We also have the ability to encode any multimedia assets as well as stream and host your content. 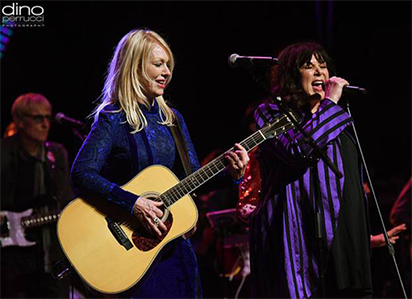