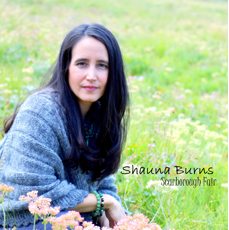 (Salt Lake City, UT) – Shauna Burns, the seasoned Celtic inspired artist, is known for enchanting listeners with her soothing vocals, sweeping piano solos, and spiritually healing music. The singer-songwriter and pianist is set to release her cover single of an old-time classic, “Scarborough Fair,” on October 6, 2017 through the label Red Rock Music.

Shauna Burns rejuvenates “Scarborough Fair” with her own Celtic spin to this English traditional ballad. Singing the female’s reply to the male’s request to prove true love, Shauna brings her own perspective to this classic tale. Her intricate yet, delicate piano melodies whisk through the entire piece. Shauna’s crystalline and haunting vocal performance is laced between engaging threads and a Celtic harp that broaden the dreamy effect of the song.

“I had been spending a lot of time in green lush places lately and I started to imagine the woman in this song walking through the landscape, says Shauna Burns. I heard her voice so clearly and I went to the piano and started to tinker out the first bit of the song.”

“Scarborough Fair” highlights the tale of a young man who instructs the listener to tell his past lover to complete a series of impossible tasks, in order for him to take her back. Typically the song is performed as a duet, with the women ordering the man to perform equally impossible tasks, as well. In the brand new version, Shauna sings “ask him to find me an acre of land, between the salt water and the sea-sand.”

Shauna continues, “I imagine this couple is probably having a bump in their relationship and are trying to get each other to do the impossible task to win back their love… but I sensed at the end both of them want to forgive, want to move forward, but perhaps their pride is in the way? I felt when I was recording “Scarborough Fair” that ‘her’ soft vocals maybe gave the game away… maybe just a touch. I personally think true love prevails at the end.”

Burns had developed her captivating vocal and playing style while growing up in Miami, Florida where she was inspired by her mother’s love for the piano and groundbreaking pop/rock artists like Sarah McLachlan and Tori Amos. After releasing four studio albums and countless singles, Burns has hit FMQB AC Charts, was one of WCH Radio’s “Top Songs of the Year” and hit #1 on “Song Vault Radio.” The Moon and the Fire Circle album was selected as “Best of 2008” by Collected Sounds and The Promise Live. Shauna Burns continues to capture audiences across the globe with her heartwarming music. Her profound lyrics and piano driven sound has built her reputation in the Celtic music world and has also allowed her to tour extensively through the U.S. and U.K. For more information please visit: http://shaunaburns.com/music/